Nowaday cars is a proving area for technological innovations. It is now, and it was in the past – at the dawn of the automotive industry.

A patent for invention “Speed indicator” (US2430690) had been published in a distant 1947. Author is Lester B Spengler. The invention relates to automotive vehicles and describes a speedometer, which suspended on line of driver’s look.

The speedometer is mounted under the hood of vehicle, which has a two-layer windshield. Speedometer’s arrow and a graduated scale placed between layers. So the driver may see the exact rate of speed at which he is traveling without taking his eyes from the road. 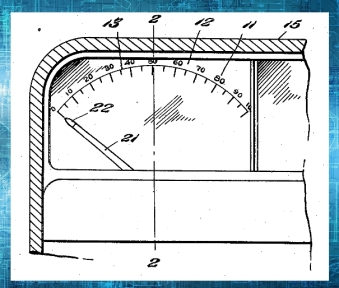 And then Donald B Baldridge from Monsanto Co has published “Laminated glass having electrically operated instrument indicator” (US3317906A) at 1964. “Incorporating the instrument indicator means in the windshield provides improved readability and more important, the indicators can be read with little or no distraction from the road.”

Then there have appeared more applicable inventions at aircraft field. For example, optical display by Paul A Noxon from Bendix Corp (US3230819) at 1962 is based on different variants of using systems with dichroic mirrors, lens and screen of a cathode ray tube. The first: 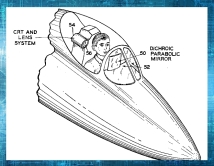 And there were trying to use a light-dynamic indication for propeller driven aircraft. 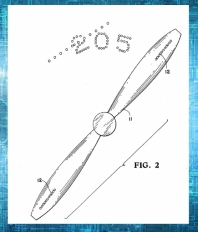 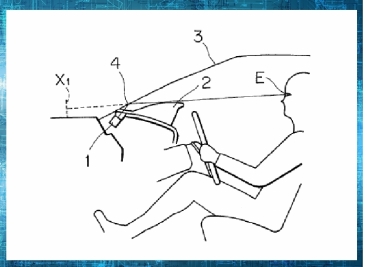 And there is very original method of using HUD issued. HUD can displays messages for car’s outside like at  US6124783. If you are a car-owner then you drive your car without worries. But if you are a hijacker, you have to be nervous because of the message on a windshield. 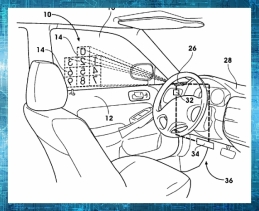 And now mission to implement HUD-inventions is not impossible 🙂